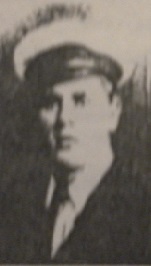 Ernest Adamson was born in 1895, in Haringey, North London, the son of William and Amy Adamson. When Ernest was about eleven the family moved to Southend, first to Boscombe Road and then to "Innsbruck" 37 Burdett Avenue. Ernest's first job was as a clerk working for H. Garon in Southend but he soon joined the Merchant Navy with the P&O Line. According to his parents he also saw service on HMS Leonides  and HMS Kale. While at home at Christmas 1915 he enlisted in The Royal Fusiliers under the name Ernest Gramholt and served as a Private until his death. He was fatally wounded on the first day of the Battle of The Somme on 1 July 1916 and died eight days later. He also commemorated on the Thiepval Memorial in France.