Harold Francis Box was born in Orsett, Essex, in 1895. He was one of five children born to The Rev. Charles Francis Box the Vicar of St.Mary's South Benfleet, Essex and his wife Emily. Harold attended Keble College, Oxford and it was his intention to follow his father into the priesthood. He was killed in France on 29 October 1918, a few days before the Armistice. At the time of his death he was a lieutenant serving with 5th Battalion Essex Regiment attached to The Royal Engineers. He is listed on the church war memorial 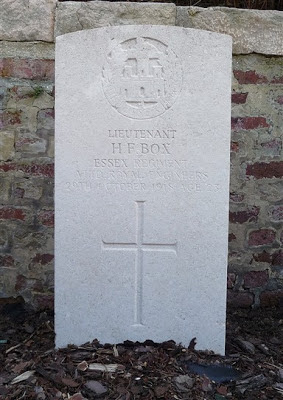 Harold is buried in France at Crucifix Cemetery, Vendegies-Sur-Ecallion. He is also listed on the South Benfleet War Memorial which was erected in 1920. 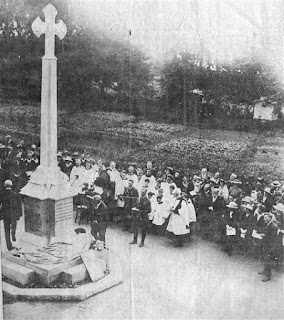